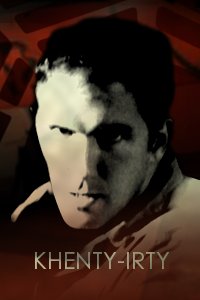 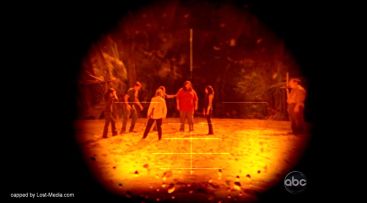 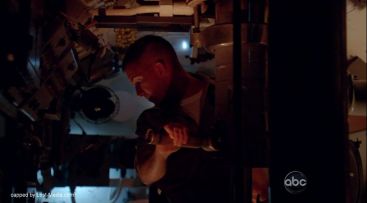 When the submarine arrived at the Island, Mike used the periscope and saw a group of eight people on the beach. He reported this to Charles Widmore, and asked whether they should stop. Widmore commanded him to “proceed as planned.” (“Dr. Linus”) 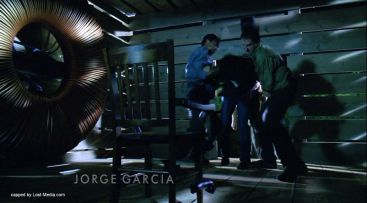 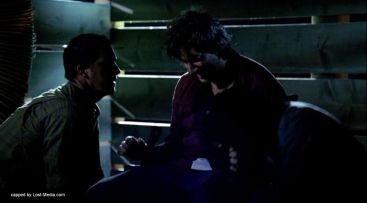 Later, at the Hydra station when Desmond had been brought forth for the experiment inside the Solenoid coil chamber, Mike asked Desmond if he had any metal on him. (“Happily Ever After”) 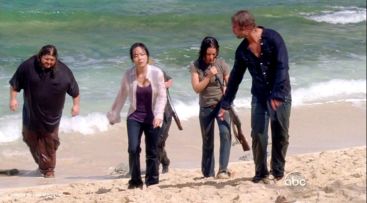 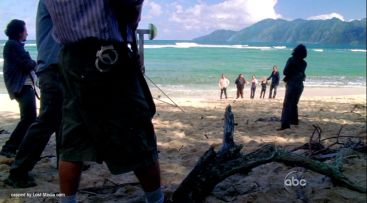 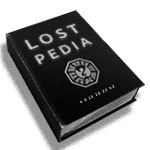 When Sawyer, Hurley and his people arrived on Hydra Island with the “Elizabeth”, Mike belonged to the party that took them prisoner. (“The Last Recruit”) 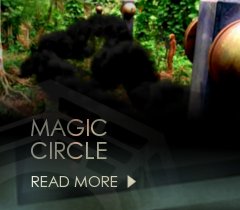 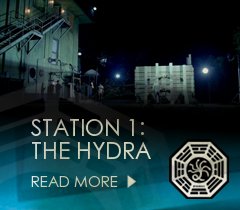 (Khenty-ierty; sometimes with an initial ‘m-’, ‘Mekhenty-irty’; sometimes with a medial ‘-n-’, e.g., ‘Khenty-n-irty’) Khenty-irty, whose name probably means ‘foremost of eyesight’, is depicted as a hawk, and had his cult center at the Egyptian city of Khem (sometimes written ‘Sekhem’), known to the Greeks as Letopolis, the modern Ausim; he is frequently known as Khenty-Khem, ‘foremost one of Khem’. Khenty-irty is sometimes regarded as an aspect of Horus, particularly Haroeris, the ‘elder Horus’, with his two eyes the sun and the moon. Some have argued that the khenty in his name should be translated as ‘in front’, and thus the whole name read as ‘with two eyes in front’, i.e., in his face, and that when the name is written with a medial ‘-n-’, ‘Khenty-n-irty’, it should be read as ‘without two eyes in front’, that is, as blind, and the God thus understood as having a dual nature, sighted and blind, with the latter corresponding, e.g., to the nights of the dark of the moon as well as to the primordial darkness at the beginning of the cosmos, before the first sunrise. This thesis must be treated with caution. Some would in addition link Khenty-n-irty with a form of Horus called Horus khent-n-maa, ‘Horus foremost without sight,’ i.e., most adept in the dark, depicted as a shrew-mouse. Horus-Mekhenty-n-irty can be depicted as a mongoose, as in the Book of Caverns, fourth section (Hornung 1999, 87). Whether on account of blindness or excellence of eyesight, Khenty-irty is associated with the night, insofar as he is spoken of in connection with a night ritual performed at Khem enacting the burial of Osiris. According to BD spell 17 on this night a “council” consisting of Anubis and Khenty-n-irty “punishes the enemies of the Lord of the Universe”; in BD spell 18 this council consists of Thoth and Khenty-irty. Perhaps related is a remark in BD spell 83, for “assuming the form of a phoenix,” the operator saying at one point, “O Osiris, I am Thoth in this lawsuit between the presider over Letopolis [presumably Khenty-irty] and the souls of Heliopolis.” The idea of Khenty-irty as some kind of judge is reinforced by BD spell 125, in which a line from the so-called ‘negative confession’ reads “O flinty[or ‘fiery’]-eyed one who came forth from Letopolis, I have not done crooked things.” Could the keen eyesight of Khenty-irty made him able to ‘see’ the intentions in a person’s mind? Reference is also made in funerary contexts to the children of Khenty-irty, who play a role akin to the four ‘sons of Horus‘.

Khenty-irty occurs a number of times in the Pyramid Texts. He is one of six Gods mentioned in PT utterance 25, the chant that says of Horus, Seth, Thoth, Dunanwy, Osiris and Khenty-irty in turn that they, like the deceased, have “gone with his ka,” his spirit or double, while in utterance 447 the chant is repeated with just Osiris, Seth and Khenty-irty mentioned, and in utterance 568 with Khenty-irty alone, indicating his importance in this formula. The face of the deceased is identified with that of Khenty-irty in PT utterance 215, to which might be compared CT spell 106, in which the deceased states, “My eyes are opened for me by the Eyeless One, the great star, joined to Khem, and I see with them. My ears are opened for me by this Falcon to whom men do not speak, and I hear with them.” In PT utterance 424, the deceased king is assured the protection of Khenty-irty, “your herdsman who looks after your calves,” and again in utterance 659 Khenty-irty is referred to as “your herdsman,” of whom it is said, “if you do not know him, in order to stop your efflux [decomposition] lie in his embrace as your calf.” In PT utterance 359, Khenty-irty joins Nephthys and Seth at the left side of the deceased, corresponding to the four sons of Horus and Horus himself on the right side, for the crossing of the Winding Waterway to the eastern side of the sky, “in order to dispute with Seth about this Eye of Horus.” Khenty-irty has, for some reason, a consistent orientation to the left of Osiris/the deceased, as in CT spell 296, which states “what is in Khem has been allotted to N. [the deceased]; it means that obeisance has been made at the left hand of Osiris,” and in CT spell 314 the deceased states, “May I be with Horus on the day of greeting the left arm of Osiris who is in Khem,” and in BD spell 1 the deceased affirms “I was with Horus as savior of that left shoulder of Osiris that was in Khem.”

In PT utterance 519, the deceased claims to have been “between the thighs of Khenty-irty on that night when I flattened bread and on that day of cutting off the heads of the mottled snakes,” a cryptic reference to some series of ritual actions. The same snakes, at any rate, are referred to in CT spell 4, which lacks any reference to Khenty-irty, and in which the deceased is said to have “knit on for yourself the heads of the mottled snakes in Ôn [Heliopolis],” that is, to have taken on their shape. The posture of being “between the thighs” refers perhaps to being at the foot of the God’s throne; PT utterance 553 says of the deceased king, “may he sit on the great throne on the thighs of his father Khenty-irty.” CT spell 398 speaks of “seven Gods” of whom the deceased states, “I found them bowed down reaping emmer … I gathered together what was between their thighs for invocation offerings for them there when travelling downstream to Khem or upstream—may he see.” Does the cryptic remark at the end refer to Khenty-irty? At CT spell 397 it is “Min of Coptos and Anubis the Controller of the Two Lands” who are found “celebrating their festivals and reaping their emmer, and the ears of corn … with their sickles between their thighs, and I will make loaves for you [the netherworld ferryman Mahaf] therefrom.” CT spell 681 affirms of the deceased that “he will not immerse [drown] the great warrior of Khem as on the first occasion of attaching the thigh,” i.e. of Osiris? The motifs of the thigh and of immersion arises also at 479, in which a charm against the netherworld fish-trap identifies the trap’s “doors, ribs, sandals and mooring-post” as “the calves and thighs of Horus pre-eminent in Khem on that night of the greatest of those who are inert,” presumably a reference to the night ritual at Khem for the dead.

In a spell to protect the tomb (PT utterance 534), Khenty-irty is one of four Gods, the others being Isis, Nephthys and Thoth, who are said to “respect” the deceased. The latter part of this same spell involves a series of formulae designed to prevent a number of ordinarily beneficent deities from appropriating the tomb; the negative formula for Khenty-irty is the name ‘Spittle’, which sends him back to Khem. Possibly related is the reference to “the one who presides over Khem” as one “whom the spittle protects,” causing Babi, a phallic God of ambivalent disposition, to “stand up” upon meeting him. Khem is the location of magical action of some kind on the deceased king’s behalf in utterance 688, which affirms that “the hindering arms which were on this king have been removed by the Repeller of Wrong in the presence of Khenty-irty in Khem.” Khenty-irty is presumably intended in utterance 469, in which the deceased king’s ka is said to dispel the evil before him and behind him “as with the throwsticks of Him who presides over Khem,” evoking both the ka chant of utterances 25, 447 and 568, as well as the references to Khenty-irty as a herdsman, for whom the throwstick would be an appropriate weapon. In PT utterance 610 it is said of the deceased king, “Your eyes are opened by the earth, your severed parts are raised up by the Lord of Rebellion; He who presides over Khem raises you.” Does the association of Khenty-irty here with some manner of rebellion relate to the reference at BD spell 83 to a “lawsuit between the presider over Letopolis and the souls of Heliopolis”?

The Coffin Texts contains a spell (322) for “becoming [invoking] Khenty-Khem,” which clearly refers to Khenty-irty. Here he is described as “the Golden Falcon who snatches things in the voids of the sky,” and who eats from the slaughterhouse of Horus. The operator who is invoking or identifying with Khenty-Khem states, “I am a soul who eats his navel-string, who lives on his friends of his foreskin and who eats of his companions,” referring to two points at which the body’s integrity is at once threatened and secured, namely birth and circumcision. Appropriate for one whose name means ‘foremost of eyesight’ is the affirmation in this spell, “I am one who travels by night and who hides by day.”

A tendency to identify Khenty-irty with Horus is apparent already in the Pyramid Texts. In utterance 438, the king is urged to “live the life, for you have not died the death, just as Horus Khenty-Khem [‘who presides over Khem’] lives,” while in utterance 688, the four sons of Horus are referred to as “the children of Horus of Khem,” a spell which at its end also mentions Khenty-irty. In a spell for protection which takes the form of an adoration of Horus (no. 123 in Borghouts), the operator refers to spells and conjurations which Horus has been taught “by the Majesty of Khenty-Khem.”

The children of Khenty-irty are charged with the protection of Osiris, especially during the fifth through the eighth hours of the vigil, over which they preside. They are generally reckoned as four in number, named Heqa, ‘Ruler’ (sometimes Haku, ‘Plunderer’), Iremêwa, ‘Who acts violently’ (sometimes Ithemêwa, ‘Who takes violently’), Ma’itef, ‘Who sees his father’, and Irrenefdjesef, ‘Who makes his own name’. Iremêwa is sometimes replaced by Kheribaqef, ‘Who is under his moringa-tree’. Occasionally just two of these will appear alongside the four sons of Horus, and sometimes Heqa/Haku and Ma’itef are fused into a single deity named Heqa-Ma’itef. The children of Khenty-irty are usually depicted anthropomorphically, holding lizards or snakes (references in Egberts 1995, vol. I, 125-127).