Kwon Jin-Soo (Hangul: 권진수, Hanja: 權眞秀), more commonly known as Jin, was married to Sun-Hwa Kwon and was one of the middle section survivors of Oceanic Flight 815. Knowing no English, Jin initially isolated himself and Sun from the other survivors, and when he found she’d secretly learned the language, he felt betrayed and briefly left her. He later learned English himself and involved himself more in group activities. His time on the island restored his marriage, which his violent, corrupt job had nearly ruined. He even managed to conceive a child with his wife, even though he’d been infertile. He also contributed through his combat skills, which he’d learned as his father-in-law’s enforcer, and through fishing, a humble occupation that had brought him shame back in Korea.

Jin tried a number of times to escape the island. His first attempt sent him right back to the island, into the hands of a hostile group of other survivors. He and Sun later boarded a freighter, but though Sun escaped, a disaster aboard convinced her he died. Jin returned to the Island, time traveling to 1974, where he joined the DHARMA Initiative as a security officer for three years. He returned to 2007, where he reunited with Sun. They tried to leave the island on a submarine. It sank, and the two drowned together. They stayed a couple in the afterlife and moved on with their friends.

After waiting over a day on the sailboat for Jack, Kate and Sawyer meet them, Jin argued with Sun about returning to camp. He heard her talk to Sayid about his plan, and when he revealed he’d understood them, Sayid gave him a gun. The two men waited at the Pala Ferry to ambush the Others while Sun remained aboard. Then they heard gunshots from the boat, and the men ran to the boat and exchanged fire with the Others.

Jin dove into the sea and found Sun, who’d escaped the ship by jumping into the water. The couple and Sayid returned to camp on foot. (“The Glass Ballerina”) 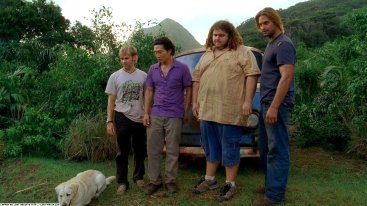 Several days after their return, Jin quarreled with Sun over her attempts to teach him English. He went with Hurley in the jungle, and helped him fix the DHARMA van. Sawyer there taught him some English phrases relating to women. (“Tricia Tanaka Is Dead”) 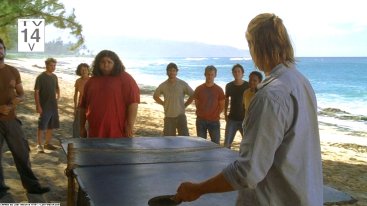 A few days later, after the survivors found a ping pong table in the jungle, Sawyer suggested a match, and Jin suggested that he withhold nicknames for a week if he lost. Sawyer did lose and had to keep his promise. (“Enter 77”) 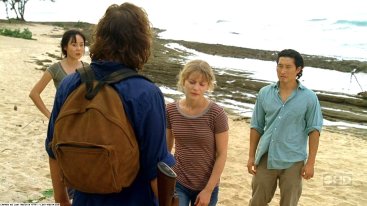 Jin and Sun later helped Claire trap a seagull as part of her plan to contact the outside world. Their try failed when Desmond interrupted, claiming he was hunting a boar. (“Par Avion”) 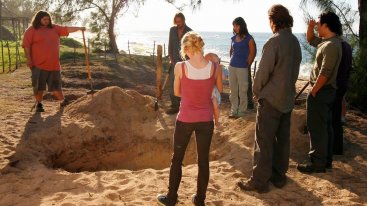 Jin accompanied Hurley and Sawyer in their search for Paulo after Nikki’s sudden death. Jin found Paulo’s body in the jungle, suggested that the Monster was responsible, helped bring his body back to camp and attended the funeral. (“Exposé”)

He also accompanied Desmond, Charlie, and Hurley on a “camping trip,” during which they discovered a parachutist, Naomi. (“Catch-22”)

When Mikhail unexpectedly showed up, Jin chased, fought and subdued him. Jin later discovered he had taken the the satellite phone, and he again chased and caught him. (“D.O.C.”)

The men initially kept Naomi’s presence a secret, but Sayid later spoke to the camp about her and about his distrust of Jack and Juliet. (“The Brig”)

The group listened to Juliet’s recorded message to Ben, and though Jin didn’t understand it, he realized Juliet spoke of Sun. (“The Man Behind the Curtain”)

The next day, while he and Sun wired tents to ambush the Others, Sun told him that she had seen their healthy child on an ultrasound, withholding details of the pregnancy’s danger. Jin was overjoyed. (“Greatest Hits”) 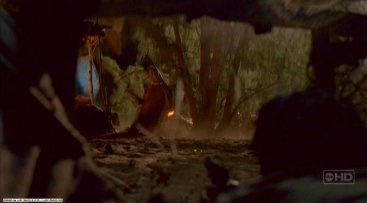 The group left camp for the radio tower, but Jin, Sayid, and Bernard stayed behind to detonate the dynamite they’d planted. Of the three, only Jin missed his target, although he successfully shot two Others. 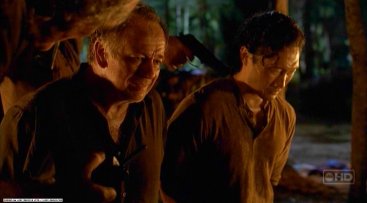 Tom and Pryce captured them, and Ben ordered them to kill Jin to encourage the others to talk. Though Jin bravely told Bernard “No talk,” Bernard revealed their plan, and Jin’s life was spared. Their captors shot the sand, convincing Jack over the walkie talkie that they’d killed the prisoners. (“Through the Looking Glass, Part 1”)

Hurley though soon saved the three by driving the DHARMA van into camp, running over Pryce and scattering Tom and Jason. 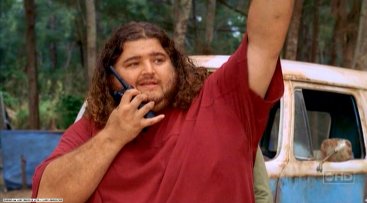 Jin sat with Bernard after their rescue, while Hurley talked to the survivors at the radio tower. (“Through the Looking Glass, Part 2”)