Mr. Kwon is Jin’s father, and is a fisherman in his village.

He was involved with a prostitute who left the infant Jin in his care, not knowing for sure if the child was his. Nevertheless, Mr. Kwon raised Jin as his own. However, as an adult, Jin found great shame in being from a poor fisherman family, and would lie about his family, even to Sun, claiming his parents were dead. 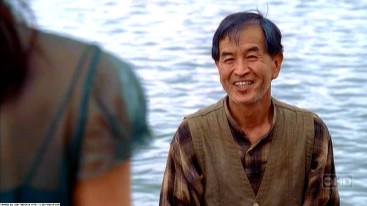 When the mother blackmailed Sun to keep Jin’s heritage a secret, Sun tracked him down at his fishing village and Mr. Kwon confirmed the truth of Jin’s family. (“D.O.C.”) 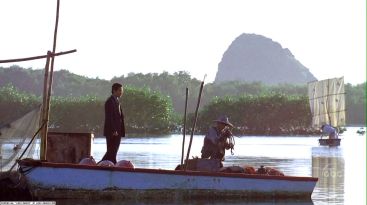 After he and Sun started having marital problems (largely due to his work for Mr. Paik), Jin returned to his village and sought his father’s advice. He advised Jin to complete his current assignment from Mr. Paik, delivering the Rolex watches to Sydney and Los Angeles, but to remain in the United States with Sun afterwards, starting a new life, because she should be his priority. (“…In Translation”) 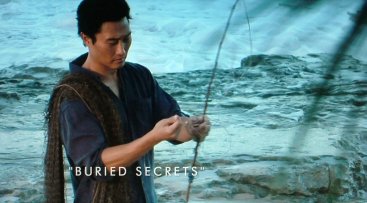 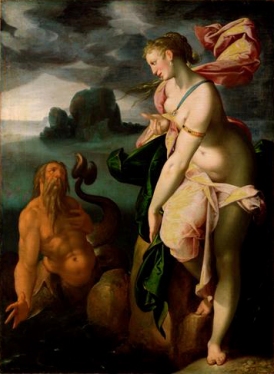 According to Ovid, Glaucus began life as a mortal fisherman living in the Boeotian city of Anthedon. He discovered by accident a magical herb which could bring the fish he caught back to life, and decided to try eating it. The herb made him immortal, but also caused him to grow fins instead of arms and a fish’s tail instead of legs (though some versions say he simply became a merman), forcing him to dwell forever in the sea. Glaucus was initially upset by this side-effect, but Oceanus and Tethys received him well and he was quickly accepted among the deities of the sea, learning from them the art of prophecy.

Glaucus fell in love with the beautiful nymph Scylla and wanted her for his wife, but she was appalled by his fish-like features and fled onto land when he tried to approach her. He asked the witch Circe for a potion to make Scylla fall in love with him, but Circe fell in love with him instead. She tried to win his heart with her most passionate and loving words, telling him to scorn Scylla and stay with her. But he replied that trees would grow on the ocean floor and seaweed would grow on the highest mountain before he would stop loving Scylla. In her anger, Circe poisoned the pool where Scylla bathed, transforming her into a terrible monster with twelve feet and six heads. In Euripides’ play Orestes, Glaucus was a son of Nereus and says that he assisted Menelaus on his homeward journey with good advice. He also helped the Argonauts. It was believed that he commonly came to the rescue of sailors and fishermen in storms, having once been one himself.