Captain Gault was the Australian captain of the freighter Kahana.

Gault ordered Omar and Keamy to fetch Frank Lapidus from the sickbay so that he could talk to the pilot. When they arrived, Sayid, who was being held in sickbay, requested to talk to the captain as well, but Omar discounted Sayid’s request. (“The Constant”)

After Regina committed suicide, Gault ordered the crew to refrain from trying to rescue her. He informed Sayid and Desmond that the engines of the boat had been sabotaged, that his orders, from Charles Widmore, the freighter’s owner, were to move the freighter to “safer waters” away from the Island once the engines had been repaired. Gault showed the two the flight data recorder (“black box”) recovered from the purported wreckage of Oceanic Flight 815. The ship’s physician Ray volunteered his opinion of the captain to Sayid: the Captain “tells it like it is,” but the two had “better not cross him.” (“Ji Yeon”)

That night, Gault discovered two crewmembers attempting to escape the freighter in the ship’s tender. He beat the would-be deserters with his fists, telling the other crewmembers that he was doing so to save their lives, reminding them of the fates of George Minkowski and Brandon, who had earlier made an ill-fated voyage in the ship’s tender and died of the effects of time-transported consciousness. 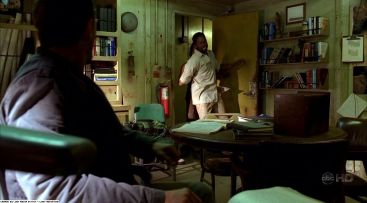 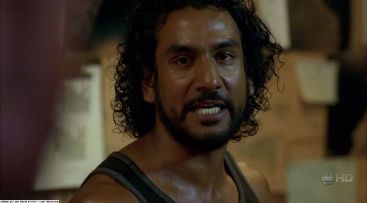 Later, Sayid and Desmond burst into Gault’s room with Michael, and Sayid reveals that Michael is the saboteur and that his name is not Kevin Johnson. Gault stares at them and does not answer. (“Meet Kevin Johnson”)

The helicopter, having gone to the Island on a mission, returned with a badly wounded crew member, Mayhew. 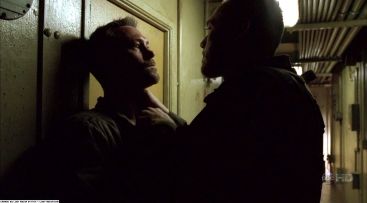 Keamy immediately accused Gault of ratting him out to Benjamin Linus, because Ben knew Keamy’s history. Gault denied this, taking Keamy to Michael. Keamy attempted to kill Michael once discovering he was the rat, even though Gault tried to stop him. However, the handgun would not fire and Michael was spared. Gault then revealed to Keamy that Michael was needed to fix the engines, since Michael broke them. Keamy then confronted Gault for his key, which Gault refused to give up, stating that Keamy was suffering from the same sickness that afflicted Regina. However, Keamy forcefully took Gault’s key, which was used with Keamy’s key to unlock a safe with a secondary protocol book in it. Keamy gave Gault his handgun and told him to fix it.

Gault was shocked when Keamy threatened to torch the island, and was ordered by Keamy to fix his gun.

Gault then found Sayid and Desmond on the deck, and instructed them to hide from Keamy. However, Sayid counterproposed, and asked for the Zodiac raft of the Freighter. Gault agreed, and Sayid set off on the boat. 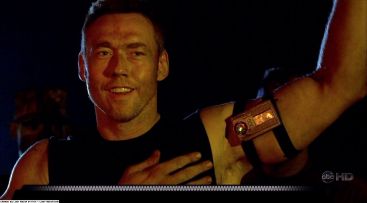 That night, as Keamy prepared to leave, Lapidus was having second thoughts about flying the mercenaries to the island after talking to Michael. After watching Keamy slit Ray’s throat, Gault confronted him, firing a warning shot with the now operational handgun and telling him to stand down. Keamy then revealed a device strapped to his arm. 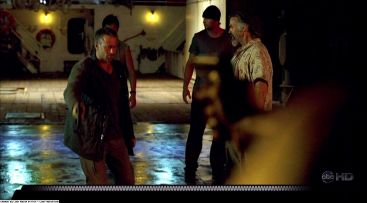 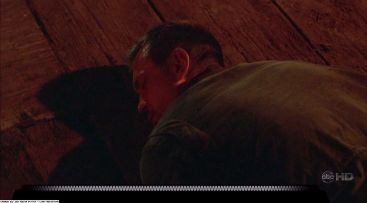 Gault asked what the device was, but was suddenly shot dead by Keamy, who had quickly unholstered another one of the mercenaries handguns. Keamy retrieved his handgun from Gault and took off on the helicopter. (“Cabin Fever”)

A living sacred bull worshiped at and around Hermonthis, the cult of Buchis is comparable to that of the Apis bull. The Buchis bull delivered oracles as did the Apis bull, but also participated in fights with other bulls, reflecting his association with the warrior God Montu. The criteria for selecting a bull to be Buchis do not seem to have been so tightly circumscribed as those for selecting the Apis bull, but he was said to be a bull with a white body and black face. Macrobius, in his Saturnalia (I. 21. 20-1), compares the Buchis bull to the sun, saying that, like the sun, his color seems to change from hour to hour, and that his hair grows in the opposite direction to that of ordinary bulls, just as the sun’s motion in the heavens is opposite to that of the stars. Underscoring these solar associations, the name Buchis was sometimes interpreted in Egyptian as bakhu, ‘the Eastern one’ (the rising sun), as well as ba-akh, ‘shining (or beneficent) soul (or manifestation)’. The name was also sometimes read as ba-hr-khat, ‘the soul (or manifestation) in the body’. Four bull-headed statues of Montu were found at Medamud representing Montu as incarnate in the Buchis bull, conceived as ideally present simultaneously at the four cities of Thebes, Armant, Medamud and Tod and constituting the magical defense of Thebes; the quadripartite Montu/Buchis also embodied the four male members of the primordial Hermopolitan Ogdoad, of whom the inscriptions say “They are united in effigy in their form of a bull,” (Drioton 1931-2, 266).

In Egyptian mythology, Bakha (also spelt Bakh, Buchis, and Bukhis) was the manifestation of the a deification of Ka (power/life-force) of the war god Menthu, worshipped in the region of Hermonthis. The name is simply Ba-Kha, which is a reference to the Ba and Akh (Akh is sometimes referred to as Khu), the components into which the Ka was split, after death (a characteristic of war). As Ka is also the Egyptian word for cattle, Bakha was said to manifest in a living bull, which, since Bakha was an aspect of a war-god, was said to be a wild bull, since these are aggressive when slightly provoked.

A wild bull was chosen and said to be the Bukhis incarnation of Menthu, in which role it was worshipped as such. Over time, the criteria for choosing the bull became more rigid, fixing themselves on what had been simply the general appearance of bulls in the region, being a white body and black face.

When these bulls, or their mothers, died, they were mummified, and placed in a special cemetery known as the Bucheum. The mothers of these bulls were considered aspects of Hathor, the mother of these deities.

Eventually, the Bakha was identified as a form of the Apis, and consequently became considered an incarnation of Osiris. The last burial of a Buchis bull in the Bucheum at Hermonthis occurred in 340 A.D.The worship of the bull in this form lasted until about 362 AD, when it was destroyed by rising Christianity in the Roman empire.