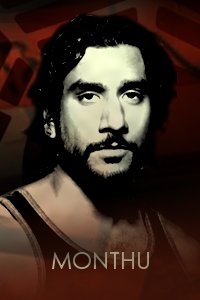 Sayid spent much of his adult life searching for his love, Nadia, and trying to atone for his past. On the Island, his skills and leadership played a key role in his group’s survival. Sayid worked to find the source of a distress signal and met the woman who sent it out. He developed a relationship with Shannon, another survivor, and was devastated by her accidental death. Sayid proved very useful in the survivors’ fight against the Others, first interrogating one that they trapped and later helping Kate and Locke rescue Jack.

Sayid was one of the six who escaped the Island. He reunited with Nadia, but when a hit-and-run driver killed her, Sayid joined Ben as a hitman against Widmore to avenge her. Afterward, he did charity work in the Dominican Republic, but Ilana forced him aboard Ajira Airways Flight 316, returning him to the Island. Sayid found himself in 1977, where the DHARMA Initiative captured him, believing him a Hostile. He escaped and unsuccessfully tried to kill young Ben, whose father then shot him. After he returned to 2007, he died, but the Man in Black resurrected him and recruited him to his side. After this, Sayid lived in the Man in Black’s group in an almost blank state. After speaking with Desmond, he broke out of this state, and was later redeemed when he sacrificed himself aboard Widmore’s submarine, exploding while carrying the Man in Black’s bomb.

In the flash-sideways, he was reunited with his island lover, Shannon Rutherford and along with their friends, they moved on.

Sayid came to work for Benjamin Linus — tracking down and killing Charles Widmore’s employees, allegedly to protect the other Oceanic 6 members. (“He’s Our You”)

One such mission occurred in Seychelles, where Sayid shot a fellow golfer. In a mission in Berlin, he initiated a relationship with a target’s employee. She too though was using him for information, and a confrontation killed her and wounded Sayid. (“The Economist”)

After he killed the final target, Ben ended their partnership. (“He’s Our You”)

Cut loose, Sayid traveled to the Dominican Republic and worked for a charity organization. A wheelchair-bound John Locke visited him, urging him to return to the Island, but Sayid refused. (“The Life and Death of Jeremy Bentham”) 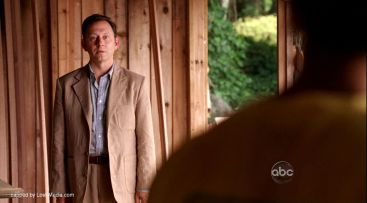 Ben visited him as well, saying John had died, and that a man was watching Hurley. (“He’s Our You”) 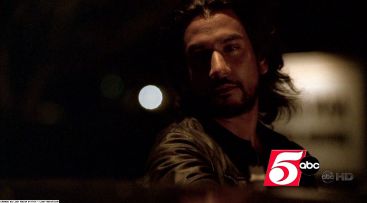 Sayid arrived at Santa Rosa Mental Institute and killed the man and convinced Hurley to leave the institute for a safe house. (“There’s No Place Like Home, Part 2”) 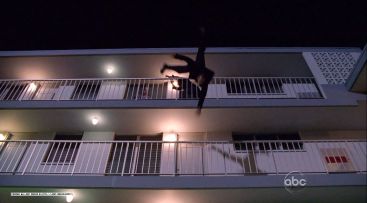 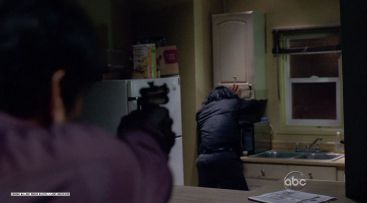 There, he confessed working for Ben but advised Hurley to do the opposite of whatever Ben suggested. He detected intruders, tossed one over the balcony and impaled another on a knife set, but not before a dart hit him. (“Because You Left”) 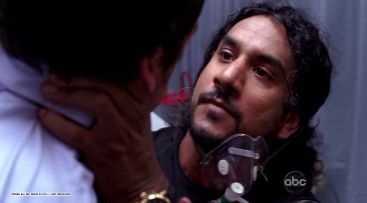 Hurley took him to his mansion, then his father drove him to Jack, who treated him at his hospital. Sayid proceeded to attacked Jack on waking and asked where Hurley was.  (“The Lie”)

Soon after Sayid attacked an assassin disguised as a nurse at the hospital. Jack then reunited him with Ben, and though hostile, Sayid accompanied him as he met his lawyer. The two drove to a dock where they met Jack, Kate and Sun. (“The Little Prince”)

Tired of Ben’s lies, Sayid left the group. (“This Place Is Death”)

Soon after, Illana found Sayid drinking in a Los Angeles bar. She seduced him, then pulled out a gun, claiming to represent his Seychelles victim’s family. (“He’s Our You”) 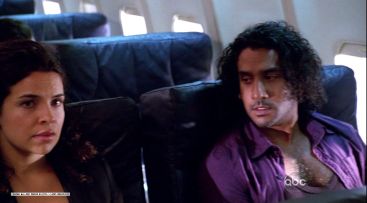 She took him aboard Ajira 316 in handcuffs. Sayid noticed other members of the Oceanic Six at the gate and tried unsuccessfully to convince Illana to take a later flight. When Ben boarded, he suspected Ilana worked for him. In the air, the plane hit turbulence, and a bright light surrounded the survivors. (“316”) 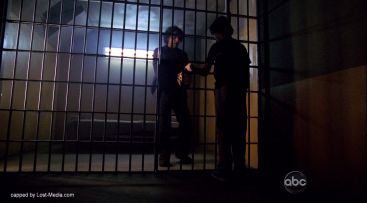 Like several Ajira Flight 316 passengers, Sayid appeared on the Island in 1977, where the Dharma Initiative believed he was a Hostile. Jin and Radzinsky locked him inside the Flame, and Sawyer arrived and interrogated him. Sawyer offered to integrate him into DHARMA, but Sayid refused. (“Namaste”) 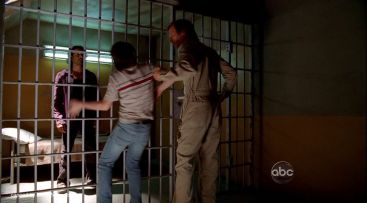 Later on, a young boy brought him a sandwich, introduced himself as Ben Linus and promised him to help him escape. A later visit angered the boy’s father, who slammed him into the bars. Horace and Radzinsky threatened to take the interrogation to the next level, and took Sayid is then taken to Initiative’s interrogator, who drugged him. Under the influence, Sayid shared knowledge of the island and revealed he’d traveled from the future, first worrying then angering his captors. 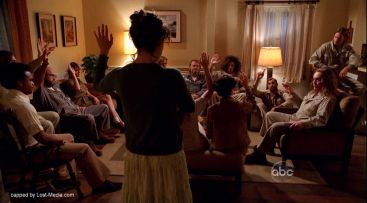 They returned him to his cell, and voted to execute him. Sawyer tried to help him escape, but Sayid turned him down, wishing to stay and kill young Ben. Ben distracted the security team with a burning van and freed Sayid, who escaped into the jungle, knocked out Jin, stole his gun and shot Ben. (“He’s Our You”)

Two days later, Sayid saw Jack, Kate, Richard Alpert, Eloise Hawking and Erik in the jungle. He shot Erik, who was aiming at Kate, and Jack explained his plan to detonate ” Jughead”. They traveled through an underwater tunnel to the bomb’s chamber. (“Follow the Leader”)

Sayid extracted its thermonuclear core and travelled through the barracks donning Horace Goodspeed’s DHARMA jumpsuit. Roger Linus spotted him anyway and shot him. Hurley picked up Sayid and Jack in a van, and took them to the Swan site. (“The Incident, Parts 1”) 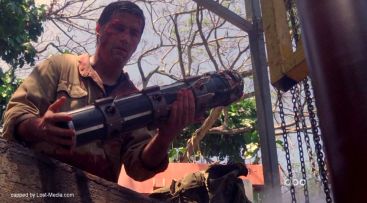 Though gravely wounded, Sayid rigged the bomb so it would detonate on impact. (“The Incident, Parts 2”)