Dr. Jack Shephard was a spinal surgeon and the survivors’ de facto leader. Before the crash, his obsessive personality wrecked his marriage and his relationship with his father. On the Island though, the survivors sought his guidance during many crises and missions, and he united them until they cooperated and formed a society.

Jack developed romantic relationships with Kate and later Juliet, and his jealousy sparked a rivalry with Sawyer. His rationality, so useful when solving problems, prevented his accepting the Island’s mystic properties and caused friction with “man of faith” John Locke. Problems arose that Jack could not fix despite his obsession and self-sacrifice. Though he tried to repress his guilt, he often broke out with violence or tears.

After suffering a kidnapping and almost negotiating his own rescue, Jack escaped the Island with five other survivors. Off-island, he laid his father to rest and proposed to Kate, but visits from John Locke and his father’s ghost sent him toward depression and substance abuse. Yet he gained new faith, and he led the survivors back to the island, believing it was his destiny. He then found himself in the past, where he tried to reset his and the others’ lives and prevent the crash of Oceanic 815.

The attempt failed, sending Jack to a new low. But after discovering he was a candidate to replace Jacob as Protector of the island, he gained confidence and decided to stay on the island. He also ceded decision-making to Sawyer, overcoming his control issues. He chose to become the Island’s new protector and was almost killed by the Man in Black, but with Kate’s help, he killed him before he could leave. He then sacrificed himself to relight the Heart, saving the Island from destruction. Post-death, he imagined a son and an ex-wife to come to terms with his bad relationships. His personality mixed science and faith, but he again felt the compulsion to fix others. His stubbornness returned, and unlike his friends, he resisted remembering his life, even after experiencing flashes. Eventually though, he remembered everything and after seeing his father again, he was able to “let go”, reuniting with Kate and his friends, to finally move on in the church.

After their first attempt to enter the Hatch failed, Kate and Locke returned, and Jack armed himself and set off after them. Inside, he found Desmond, the man he had met in the stadium after Sarah’s surgery, holding Locke at gunpoint. (“Man of Science, Man of Faith”) (“Adrift”) 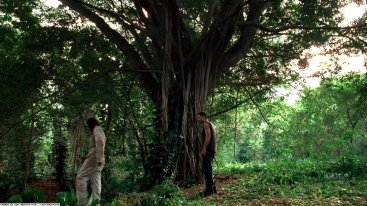 When the computer was shot and a system failure seemed imminent, Desmond left the Swan and Jack took chase after him. Desmond told him the code for the numbers and asked about the woman he saved (Sarah), then hastily departed.

Jack returned to the Swan and corrected Locke with inputting the numbers, they argued over belief and Jack presses the button with one second to spare. (“Orientation”)

Jack and Locke became the Swan’s main inhabitants and had to input the Numbers into the computer every 108 minutes for an unknown reason. Tension grew between the two as it began to become their permanent home. (“Everybody Hates Hugo”) 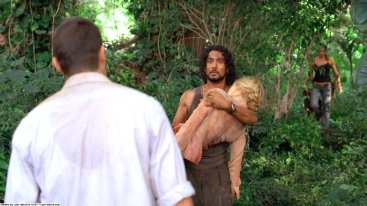 Jack and some other survivors continued to explore the Swan Station, but their investigations halted when Mr. Eko, a tail-section survivor arrived with an injured Sawyer over his shoulder.  The tail section survivors returned to their camp and Sayid carried Shannon’s dead body after Ana Lucia accidentally shot her. (“Collision”)

Jack led Shannon’s funeral after she was accidentally shot by Ana-Lucia. In the jungle, Jack and Kate shared a passionate kiss. He reunited with Ana Lucia in the jungle, and the tail-section survivors joined the mid-section. (“What Kate Did”) 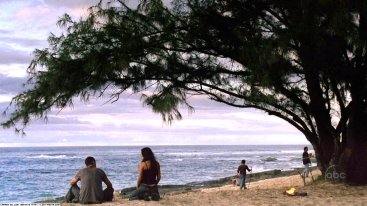 Michael, leaving to find his son in the Others’ camp, locked Jack and Locke in the Swan’s armory. Jack led a party to go after Michael, and they encountered the bearded man who had kidnapped Walt. The Others had surrounded Jack’s party and used a bound and gagged Kate, who had followed Jack against his wishes, to force the party to turn back. Jack began to conspire with Ana Lucia about training an army to fight the Others. (“The Hunting Party”) 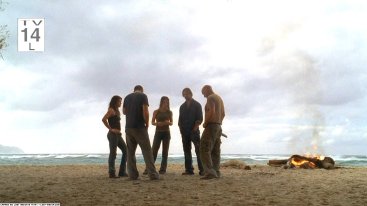 Meanwhile, Jack’s relationship with Sawyer also became strained as they competed for Kate’s attention. Jack continually tried to “one-up” Sawyer, and threatened to withhold antibiotics from him, mere days after he’d been shot by Mr. Friendly and was recovering from an infection. (“One of Them”)

The rivalry between Locke and Jack began to escalate into a leadership struggle, which came to a head when Locke let Sayid torture a man they thought could be an Other.

Jack had to threaten to let the countdown timer run to zero to convince Locke to open the armory and let Jack intervene. (“One of Them”) 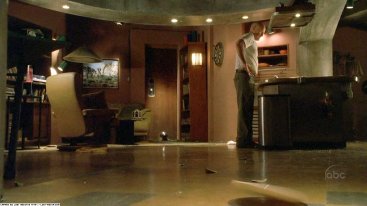 “Henry” took advantage of Jack and Locke’s antagonism, trying to play them against each other. (“Maternity Leave”)

After Sawyer took the medical supplies, Jack won them back from him in a poker game. (“Lockdown”) 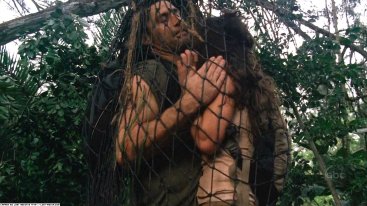 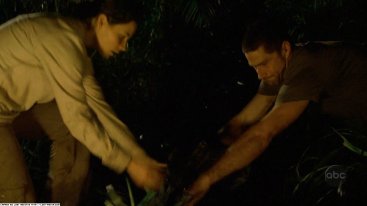 When they learned Henry Gale was not who he said he was, Jack and Kate traveled to the Line to force a trade between the captive Other and Walt. No Others appeared, but they saw Michael, wounded. (“S.O.S.”)

Michael announced his plan to take on the Others, and Jack tried to retrieve the guns from Sawyer, pulling a gun of his own and burning the manuscript Sawyer was reading. (“Two for the Road”)

When he next went to the Swan, Jack saw Ana dead and Libby shot. Sawyer willingly gave up his heroin, and in doing so revealed the location of the guns. (“?”) 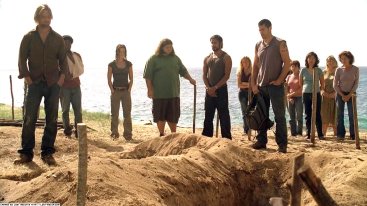 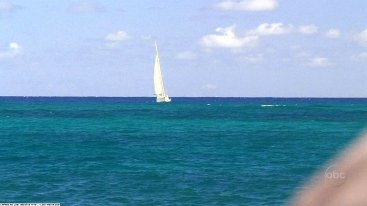 During Ana Lucia & Libby’s funeral, Jack spoke a few words for Ana Lucia. The funeral was interrupted by a sailboat coming toward the Island. (“Three Minutes”) 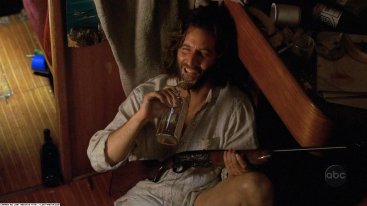 During Ana Lucia and Libby’s funeral, Jack boarded a boat that arrived. He and Sayid planned for Sayid to sail on it to the Others’ camp while Jack Michael, Kate, Sawyer, and Hurley went there on foot. 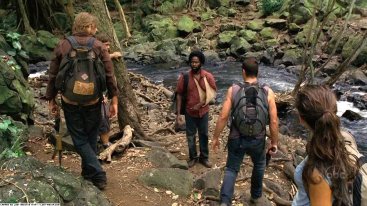 On their expedition, Jack confronted Michael, forcing him to admit betraying the survivors. Later, Jack realized they were not heading to their supposed destination. The Others ambushed them with stun darts and captured their entire party. (“Live Together, Die Alone, Part 1”) 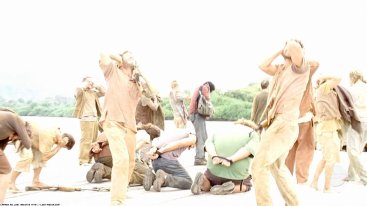 When they woke up at the dock, Jack, Kate, and Sawyer were hooded and told they would be going home with the Others. (“Live Together, Die Alone, Part 2”)