Naomi Dorrit was a mercenary assigned by Charles Widmore to protect the freighter’s science team. She arrived on the Island by parachute. She landed in a tree in the jungle, was cut down by Desmond and Charlie, and was found to have a punctured lung that was treated by Mikhail. Naomi survived on the Island seven days, assisting the survivors in contacting her freighter, before being fatally knifed in the back by Locke.

Locke’s knife attack failed to immediately kill Naomi. She managed to get up and escape into the jungle, when no one but Ben was looking. Thinking that the survivors were out to kill her, she managed to create a dummy-trail using her own blood, to confuse anyone who may come looking for her. Jack and Danielle (along with Ben) did come looking for her, and were misled by her fake trail, but Kate, who also went searching for her, followed the correct trail. 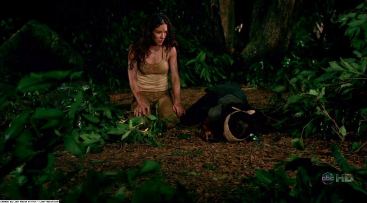 Naomi, hiding in a tree, ambushed Kate and then held her at knife-point. She asked why the survivors had tried to kill her when all she was doing was trying to save them. Kate convinced her that it wasn’t they who attacked her, it was Locke, who thought that she wasn’t who she said she was. Seemingly convinced, Naomi took the satellite phone, readjusted the weak signal, giving Minkowski a better idea of where their location was, then told him that she had sustained a serious injury (referencing the injury she had received, but had recovered from, when landing on the island a few days ago). She then asked Minkowski to tell her sister that she loves her, just before succumbing to her injuries and dying. (“The Beginning of the End”). 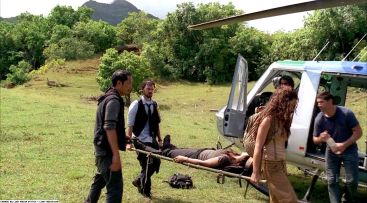 Miles later revealed that the message about a sister was a pre-arranged code-phrase, meaning the information communicated was done so under duress, and Naomi, in fact, had no sister. Kate led Miles and Daniel Faraday to Naomi’s body, where Miles examined her, and appeared to enter a meditative séance. When he finished, Miles concurred Locke was responsible for her death. Kate and Daniel carried her body to the helicopter, against Miles’s wishes, who said it was just “meat.” The helicopter was too low on fuel to carry her, so her body was to be left behind until the helicopter could refuel on the freighter. (“Confirmed Dead”) 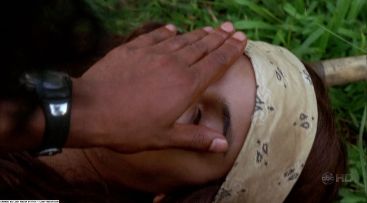 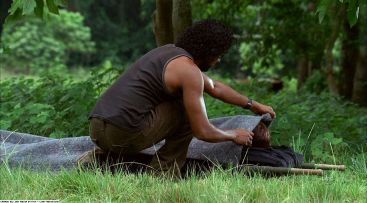 A while later, Sayid respectfully closed Naomi’s eyes and pulled a blanket over her body. While doing so, he noticed she wore a bracelet inscribed with the message, “N, I’ll always be with you. R.G.” Later, the same day, the helicopter took off for the freighter. Noting a vacancy on the helicopter, Sayid suggested Naomi should be taken “home,” and her body was placed on the helicopter and flown back to the Kahana. (“The Economist”)

Naomi’s body was aboard the Kahana when it was destroyed by a bomb and sunk. (“There’s No Place Like Home, Part 2”)

Later Naomi was revealed to be a candidate. On the lighthouse dial “Dorrit” is listed as Number 27. (“Lighthouse”)

Naomi was not seen in the flash sideways. Of Widmore’s crew only Miles Straume, Daniel Faraday, Charlotte Lewis, George Minkowski and Martin Keamy were seen. However this does not mean she herself (and others like Frank Lapidus) wasn’t there. 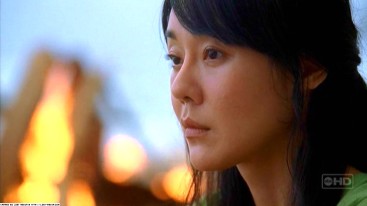 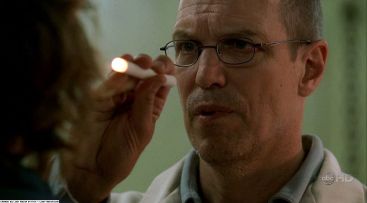 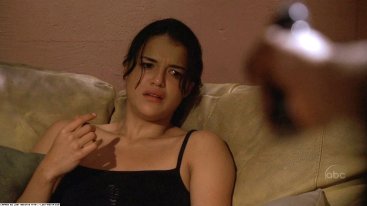