An unnamed soldier was a member of the Royal Scots Regiment, under the command of the Master-Sergeant with Desmond and Billy.

After the soldier was seen using the phone, he purposely bumped into Desmond causing him to drop his change, in retaliation for the earlier exercises the sergeant made them engage in. (“The Constant”) 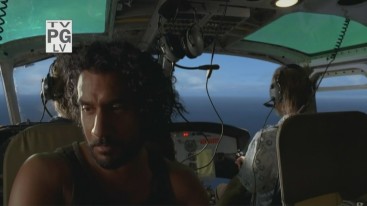 In Greek mythology, Icarus is the son of the master craftsman Daedalus. The main story told about Icarus is his attempt to escape from Crete by means of wings that his father constructed from feathers and wax. He ignored instructions not to fly too close to the sun, and the melting wax caused him to fall to his death. The myth shares thematic similarities with that of Phaëton — both are usually taken as tragic examples of hubris or failed ambition — and is often depicted in art.

Icarus’s father, Daedalus, a talented and remarkable Athenian craftsman, attempted to escape from his exile in the palace of Knossos, Crete, where he and his son were imprisoned at the hands of King Minos, the king for whom he had built the Labyrinth to imprison the Minotaur (half man, half bull). Daedalus, the superior craftsman, was exiled because he gave Minos’ daughter, Ariadne, a clew (or ball of string) in order to help Theseus, the enemy of Minos, survive the Labyrinth and defeat the Minotaur.

Daedalus fashioned two pairs of wings out of wax and feathers for himself and his son. Before they took off from the island, Daedalus warned his son not to fly too close to the sun, nor too close to the sea. Overcome by the giddiness that flying lent him, Icarus soared through the sky curiously, but in the process he came too close to the sun, which melted the wax. Icarus kept flapping his wings but soon realized that he had no feathers left and that he was only flapping his bare arms. And so, Icarus fell into the sea in the area which bears his name, the Icarian Sea near Icaria, an island southwest of Samos. It also has been said he flew too close to the sea and the feathers got wet, no longer working due to added weight.

Hellenistic writers give euhemerising variants in which the escape from Crete was actually by boat, provided by Pasiphaë, for which Daedalus invented the first sails, to outstrip Minos’ pursuing galleys, and that Icarus fell overboard en route to Sicily and drowned. Heracles erected a tomb for him.