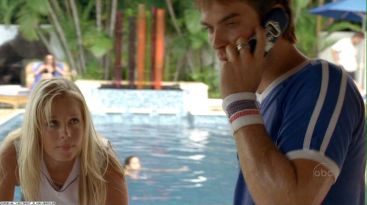 Nicole and Boone played tennis together and relaxed in the pool area after finishing the game. Boone received a call from Shannon and Nicole seemed to give a distant look when she realizes that Boone is on the phone with Shannon, suggesting that she is aware of their complicated past. (“Hearts and Minds”)

Her only speaking line is “lucky shot”. 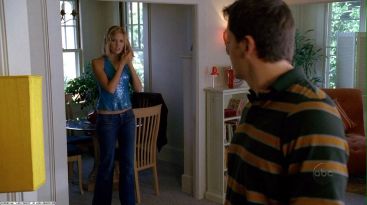 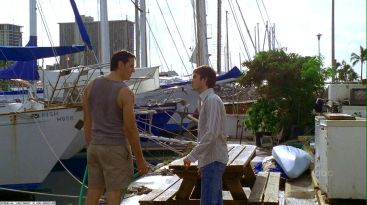 In Greek and Roman mythology, Aura is the divine personification of the breeze. The plural form, Aurae, “Breezes,” is often found.

The velificatio, a billowing garment that forms an arch overhead, is the primary attribute by which an Aura can be identified in art. A pair of velificantes (figures framed by a velificatio) that appear on the Augustan Altar of Peace have sometimes been identified as Aurae. Pliny describes statues of the Aurae velificantes sua veste, “making a sail with their garment,” at the Porticus Octaviae in Rome. Aurae can resemble Nereids, from whom they are distinguishable mainly by the absence of marine imagery.

The Augustan poet Ovid introduces Aura into the tragic story of Cephalus and Procris, playing on the verbal similarity of Aura and Aurora, the Roman goddess of the dawn who was the counterpart of Greek Eos.

In the Dionysiaca of Nonnus (early 5th century), Aura is the goddess of the breeze and the fresh, cool air that comes in the early morning. She was the daughter of Lelantos and Periboa and mother of Iacchus by Dionysus.