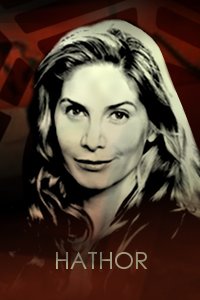 Dr. Juliet Burke (née Carlson) was a fertility specialist who was recruited to the Island by Richard Alpert. On the Island, she tried to solve the fertility problems, but was unsuccessful. She had an affair with Goodwin, until a jealous Ben sent him to the Tailies, where one of them killed him.

After the crash of Oceanic Flight 815, Juliet was sent as a mole to the Survivors camp, however Juliet betrayed the Others and chose to stay with the survivors. Jack and Juliet became very close, until Jack and five others escaped on the helicopter from the Kahana. After the Oceanic 6 left, however, Juliet, along with Sawyer, Locke, Jin, Daniel, Miles and Charlotte began to randomly skip through time. After Locke turned the Wheel, and Charlotte died, the other survivors settled in 1974 with the DHARMA Initiative for three years with Sawyer, who she was in a relationship with, Jin and Miles until Jack, Kate and Hurley returned.

Knowing their cover was blown, Juliet helped Jack with his plan to change the past. As she, Sawyer, Kate and Miles aided Jack at the Swan site, she got pulled into the shaft. Down the shaft, she noticed the bomb, and in a desperate attempt to save everyone’s lives, she detonated it. The explosion sent the survivors to 2007, where Sawyer tried to save her, but was unsuccessful, and she died in his arms. With Miles Straume acting as a medium over her grave, she told Sawyer “It worked”, although Sawyer didn’t know what she meant by this.

In the flash-sideways, she was reunited with her lover, James Ford and along with their friends, they moved on.