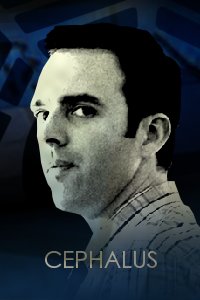 Ian McVay is an undertaker in Australia. He also serves as a coroner. 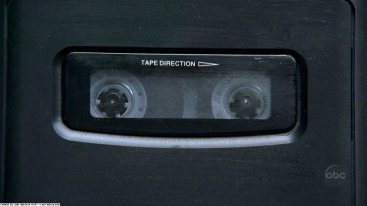 Dr. McVay attempted to perform an autopsy on Charlotte Malkin after her “death” but the autopsy was stopped when Charlotte was resurrected. He was contacted by “Father Tunde” (Eko) in his investigation into the Malkin miracle. 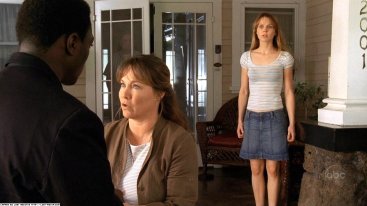 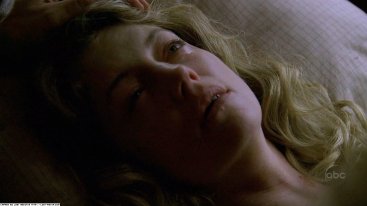 Cephalus is an name, used both for the hero-figure in Greek mythology and carried as a theophoric name by historical persons. The word kephalos is Greek for “head”, perhaps used here because Cephalus was the founding “head” of a great family that includes Odysseus. It could be that Cephalus means the head of the sun who kills (evaporates) Procris (dew) with his unerring ray or ‘javelin’. Cephalus was one of the lovers of the dawn goddess Eos.

Sumptuous sacrifices for Cephalus and for Procris are required in the inscribed sacred calendar of Thorikos in southern Attica, dating perhaps to the 430s BCE and published from the stone in 1983.

Cephalus: Son of Hermes and Herse

According to pseudo-Apollodorus, Bibliotheke Cephalus was an Athenian, son of Hermes and Herse.

Cephalus is also made out to be an Aeolian, the son of Deion/Deioneos, ruler of Phocis, and Diomede, and grandson of Aeolus. Athenians further localised the myth by asserting that Cephalus was married to Procris, a daughter of Erechtheus, an ancient founding-figure of Athens. The goddess of dawn, Eos, kidnapped Cephalus when he was hunting. The resistant Cephalus and Eos became lovers, and she bore him a son named Phaëthon (not to be confused with the son of the sun-god Helios). Some sources also give Tithonos and Hesperus as children of Cephalus and Eos. However, Cephalus always pined for Procris, causing a disgruntled Eos to return him to her, making disparaging remarks about his wife’s fidelity.

Once reunited with Procris after an interval of eight years, Cephalus tested her by returning from the hunt in disguise, and managing to seduce her. In shame Procris fled to the forest, to hunt with Artemis. In returning and reconciling, Procris brought two magical gifts, an inerrant javelin that never missed its mark, and a hunting hound, Laelaps that always caught its prey. The hound met its end chasing a fox (the Teumessian vixen) which could not be caught; both fox and the hound were turned into stone. But the javelin continued to be used by Cephalus, who was an avid hunter.

Procris then conceived doubts about her husband, who left his bride at the bridal chamber and climbed to a mountaintop and sang a hymn invoking Nephele, “cloud”. Procris became convinced that he was serenading a lover. She climbed to where he was to spy on him. Cephalus, hearing a stirring in the brush and thinking the noise came from an animal, threw the never-erring javelin in the direction of the sound – and Procris was impaled. As she lay dying in his arms, she told him “On our wedding vows, please never marry Eos”. Cephalus was distraught at the death of his beloved Procris, and went into exile.

Cephalus eventually married again, choosing a daughter of Minyas to be his wife. This woman (named Clymene, according to some sources) bore him a son named Arcesius. Arceisius succeeded Cephalus as ruler of his Cephallenian realm. This Arceisius was the grandfather of Odysseus, son of Laertes. Nevertheless, Cephalus never forgave himself over the death of Procris, and he committed suicide by leaping from Cape Leucas into the sea.

The legend is retold in Cephalus and Procris; Narcissus, a 1595 poem by Thomas Edwards. It is echoed in Shakespeare’s Midsummer Night’s Dream (Act V, scene i), where Pyramus and Thisbe refer to “Shafalus” and “Procrus.” While Milton’s “the Attic boy” in Il Penseroso is also a reference to Cephalus.