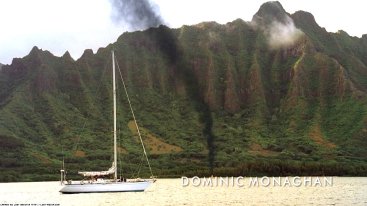 As a child, Sun accidentally broke her father’s glass ballerina. When he asked her about it, she denied and blamed the maid. Mr. Paik chose to take his daughter’s word and subsequently fired the maid. (“The Glass Ballerina”) 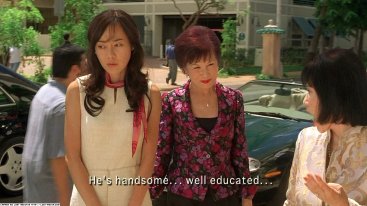 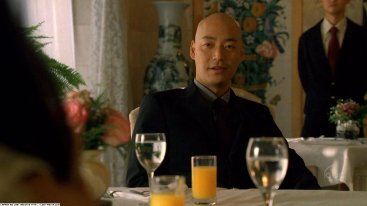 Mr. Paik arranged for Sun to meet Jae Lee, the wealthy son of the owner of the Seoul Gateway Hotel and the hotel’s General Manager, through his wife Mrs. Paik because he thought it was time for Sun to be married. (“…And Found”)

After meeting Sun and falling in love with her, Jin asked Mr. Paik for permission to marry Sun. Upon observing Jin’s sincerity, Mr. Paik consented to their marriage. However, Mr. Paik asked Jin to become an employee of Paik Heavy Industries as his personal “assistant” in return. (“House of the Rising Sun”) (“…In Translation”) 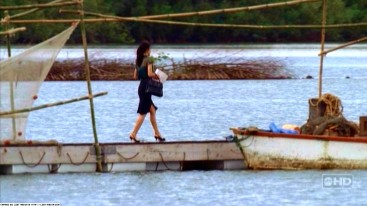 After their marriage, Jin’s mother attempted to blackmail Sun, demanding $100,000 in return for not revealing to the public that Jin’s mother was a prostitute. Sun went to her father’s office to ask him for the money she needs to pay her off, but Mr. Paik was unwilling to give the money to her without knowing why it was needed. Sun told her father that she knows what he really does for a living, and always pretended otherwise, and will continue to do so if he gives her the money she needs.

When Mr. Paik did not give in, Sun admitted, she needs the money to spare embarrassment to someone she loves. Sensing that this someone was Jin, Mr. Paik gave her the money, but warned her that, because the money is for Jin, the debt will be on Jin’s head and he will work directly for Mr. Paik, presumably in the line of work Sun has pretended her father does not do. After a moment of hesitation, Sun took the money and left without saying a word. (“D.O.C.”)

Mr. Paik found out about an affair between Sun and Jae Lee, but instead of telling Jin about it, Mr. Paik lied and told him that Jae was stealing from him, demanding that Jin kill Jae Lee to restore the family’s honor. Jin told him that he quit, but Paik laid his arm on Jin’s shoulder, and said that he was married to his daughter, so he was his son. He said that his honor was Jin’s honor. Paik later confronted his daughter at Jae Lee’s funeral, after he commited suicide, and said he wouldn’t tell Jin about her affair because it was not his place; but she should return home to her husband. (“The Glass Ballerina”) 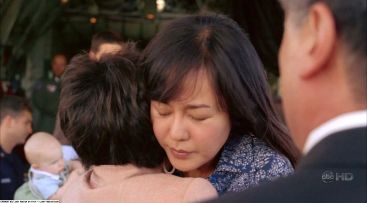 Mr. Paik and his wife greeted Sun at the military base where the Oceanic 6 are brought upon their return.

Sun later confronts him, saying he was partly to blame for Jin’s death, as he hated Jin and they would not have been on the plane were it not for him. He began to admonish Sun for speaking to him in this manner, but was shocked to learn that she has used the money from her settlement with Oceanic Airlines to purchase a controlling interest in his company. (“There’s No Place Like Home, Part 1”)

Mr. Paik and his business interests are mentioned multiple times in The Lost Experience; according to Rachel Blake’s fourth Copenhagen Video, Rachel overheard a conversation between Thomas Mittelwerk and Minsu, an apparent representative of Paik Heavy Industries, mentioning that “Mr. Paik” is building a custom ship (the Helgus Antonius) for the Hanso Foundation. In addition, a letter hidden in a password-protected section of thehansofoundation.org by Rachel Blake between Dr. Mittelwerk and Hoo-Goh Choi (a Korean minister) strongly suggested a link between

Paik and The Hanso Foundation:

“Dr. Mittelwerk, in recent years, my honorable government has turned a blind eye to the questionable activities of your off-shore research station due to the lucrative business partnerships the Hanso Group has offered the proud people of this nation. Your joint venture with Paik Motors, for example, is a matter of great national pride, and we wish to continue doing that level of business with your firm.”

In classical antiquity, Oceanus (“ocean”) was believed to be the world-ocean, which the ancient Romans and Greeks considered to be an enormous river encircling the world. Strictly speaking, Oceanus was the ocean-stream at the Equator in which floated the habitable hemisphere (oikoumene οἰκουμένη). In Greek mythology, this world-ocean was personified as a Titan, a son of Uranus and Gaia. In Hellenistic and Roman mosaics, this Titan was often depicted as having the upper body of a muscular man with a long beard and horns (often represented as the claws of a crab), and the lower torso of a serpent (cf. Typhon). On a fragmentary archaic vessel (British Museum 1971.11-1.1) of ca 580 BC, among the gods arriving at the wedding of Peleus and the sea-nymph Thetis, is a fish-tailed Oceanus, with a fish in one hand and a serpent in the other, gifts of bounty and prophecy. In Roman mosaics, such as that from Bardo (illustration, left) he might carry a steering-oar and cradle a ship.

Some scholars believe that Oceanus originally represented all bodies of salt water, including the Mediterranean Sea and the Atlantic Ocean, the two largest bodies known to the ancient Greeks. However, as geography became more accurate, Oceanus came to represent the stranger, more unknown waters of the Atlantic Ocean (also called the “Ocean Sea”), while the newcomer of a later generation, Poseidon, ruled over the Mediterranean.

Oceanus’ consort is his sister Tethys, and from their union came the ocean nymphs, also known as the three-thousand Oceanids, and all the rivers of the world, fountains, and lakes. From Cronus, of the race of Titans, the Olympian gods have their birth, and Hera mentions twice in Iliad book XIV her intended journey “to the ends of the generous earth on a visit to Oceanus, whence the gods have risen, and Tethys our mother who brought me up kindly in their own house.”

Excerpts from Hesiod and Homer

This excerpt regards Oceanus’s role in the Titanomachy:

“After the first Dionysus [Zagreus] had been slaughtered, Father Zeus … attacked the mother of the Titanes [Gaia the Earth] with avenging brand, and shut up the murderers of horned Dionysus [the Titans dismembered the godling Zagreus] within the gate of Tartarus [after a long war]: the trees blazed, the hair of suffering Gaia (Earth) was scorched with heat . . . Now Okeanos poured rivers of tears from his watery eyes, a libation of suppliant prayer. Then Zeus claimed his wrath at the sight of the scorched earth; he pitied her, and wished to wash with water the ashes of ruin and the fiery wounds of the land. Then Rainy Zeus covered the whole sky with clouds and flooded all the earth [in the Great Deluge of Deukalion].” (Nonnus, Dionysiaca 6. 155 ff)

In the Iliad, the rich iconography of Achilles‘ shield, which was fashioned by Hephaestus, is enclosed, as the world itself was believed to be, by Oceanus:

Then, running round the shield-rim, triple-ply,
he pictured all the might of the Ocean stream.

When Odysseus and Nestor walk together along the shore of the sounding sea (Iliad IX.182) their prayers are addressed “to the great Sea-god who girdles the world.” It is to Oceanus, not to Poseidon, that their thoughts are directed.

Invoked in passing by poets and figured as the father of rivers and streams, thus the progenitor of river gods, Oceanus appears only once in myth, as a representative of the archaic world that Heracles constantly threatened and bested. Heracles forced the loan from Helios of his golden bowl, in order to cross the wide expanse of the Ocean on his trip to the Hesperides. When Oceanus tossed the bowl, Heracles threatened him and stilled his waves. The journey of Heracles in the sun-bowl upon Oceanus was a favored theme among painters of Attic pottery.