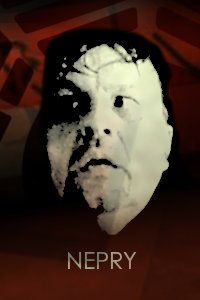 Ivan Andropov was a Russian man allegedly working for Charles Widmore who was assassinated by Sayid Jarrah. 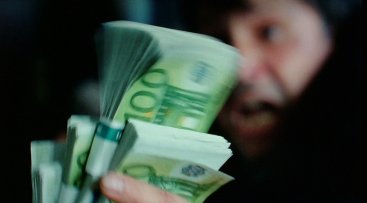 Andropov was chased down by Sayid under the orders of Benjamin Linus, who led Sayid to believe that Andropov was directly related to the death of Sayid’s wife Nadia and was a danger to the Oceanic Six.

Sayid cornered Andropov at his house in Moscow, Russia. Though Andropov offered Sayid a large bribe in exchange for his life, Sayid shot him anyway.

Afterward, Ben informed Sayid that Andropov was the last of his targets, and that he no longer needed Sayid to work for him as an assassin. (“He’s Our You”) 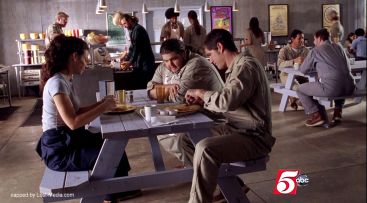 (Neper) Nepry is the divine personification of grain. He is depicted anthropomorphically, sometimes in a very similar fashion to Hapy, the God of the Nile’s annual inundation, that is, as a scantily-clad man with sagging breasts and belly, but Nepry, unlike Hapy, is covered with dots representing the granules of wheat or barley in which he is immanent, or else holds sheaves of wheat or has them in his hair. Nepry can also be depicted as a normal adult male holding sheaves of wheat. Nepry’s mother is Renenutet, Goddess of the harvest, and he may also be depicted as an infant at her breast. The pharaoh, as the guarantor of sustenance for the nation, may be depicted as Nepry, especially in this latter form.

CT spell 330 is for transforming into Nepry, an interesting choice inasmuch as Nepry (or the operator invoking him) affirms in the spell that “I live and I die,” a rare embrace of mortality as such. The key to the desirability of the invocation, however, clearly lies in the statement “I have fallen on my side, the Gods live on me,” for it is in offering oneself as the equivalent of the grain offering, and thus being absorbed into the nature of all the Gods, that the identification with Nepry assures a form of immortality. Hence the spell is able to assert, what might otherwise seem contradictory: “I live and I die, for I am emmer [alt. ‘barley’], and I will not perish.” Thus the operator states “I have entered into ma’et, I have upheld ma’et, for I am a possessor of ma’et,” i.e., order, balance, truth. Perhaps a similar point is made in CT spell 1001, where Nepry is asked to “open the gates for me, open out the ritual book for me, for I have come so that those whose mouths are hidden may have abundance.” So too, in spell 269, the deceased is “this bush of life which went forth from Osiris to grow on the ribs of Osiris,” feeding commoners, Gods, and spirits alike, and thus “the desire of N. [the deceased as Nepry] is in sky and earth, in the waters and in the fields,” the fertility of the environment being seen as a desire to bring forth grain so as to provide the basis for all that grain makes possible through civilization. The invocations of Nepry do not neglect the aspect of securing for the deceased a supply of grain for his/her own consumption, but they also always involve the theme of identification with the grain, unless this latter is simply a momentary identification on the part of the ritual operator who in this way conjures the food on behalf of the deceased. Another theme which recurs in spells involving Nepry is allusion to smoked grains, perhaps because its fragrance conveys nourishment to spirits. CT spell 99, for instance, states that “It is this God of smoked grain [Nepry] who lives after his death and who takes you [the soul of the operator/the deceased] to see yonder man wherever he is, in my shape, in my form, in my wisdom, the offerings of a living spirit.” In this spell, it seems that the speaker in the first person is acquiring the power to send their soul as an apparition in or through the smoked grain to a person (“yonder man”) who invokes the spirit of the deceased. That some such purpose is intended seems clear from the spell’s opening line: “Go, my soul, that yonder man may see you; stand opposite him in my shape and form,” that is, presumably, the shape and form which the deceased had during life. The similar spell 100 stresses this by adding “he will see you with his real eyes.” Certain variants of the spell (e.g., spell 102) change “yonder man” to “yonder God,” with appropriate shifting of the content to go along with the apparition being before the Gods rather than a human operator, but Nepry retains his critical role in bringing about this manifestation. In spell 101, for “sending a man and his soul,” it seems almost as if the sense is not so much that of an apparition, but of coming to embodiment in the first place: Nepry, “who lives after death … removes you from the portal of the sunshine, and you go forth from it by means of the efflux of my flesh and the sweat of my head” – referring here to the grain itself? – “in the presence of the lifting up of the shape of the Lord of All,” i.e., Atum, the divine embodiment of individuality. It can thus be seen that while Nepry is grain in the most concrete and tangible sense, this does not mean that he is not the bearer of complex and far-reaching religious doctrines.

In Egyptian mythology, Neper (alts. Nepra or Nepri) was an androgynous deification (the feminine form of his name is Nepit) of grain, a valuable commodity in ancient Egypt, which faced starvation without it.

Pictured in human form, Nepri is often depicted as a child suckled by Renenutet. Nepri’s body was dotted to represent grains of corn. The hieroglyphs that write his name similarly include the symbols of grain. Naturally, as lord of the mouth, Neper’s mother was identified as Renenutet, who gave out the Ren, a person’s true name, and who was also identified as source of nourishment. In particular, Neper was especially associated with the most used types of grain, namely barley and emmer wheat. His name simply means lord of the mouth, a reference to the function of grain as sustenance. Once the myth of the Legend of Osiris and Isis had begun to be told, since Osiris was now a life-death-rebirth deity, in common with many cultures, his story was associated with the annual harvest, and the annual disappearance of any visible life in the crop. Thus, at this point, Neper became considered merely an aspect of Osiris, a much more significant god, gaining the title (one who) lives after dying.