Tamara Fry is a government worker who interviewed John Locke.

Tamara interviewed Locke in order to ascertain whether he should still receive disability allowance for his depression.

She decided that until John restarted his therapy program, he would not receive any more benefits. Throughout the interview, she asked many of her questions rather bluntly and asked about his biological parents and whether he had looked for them. 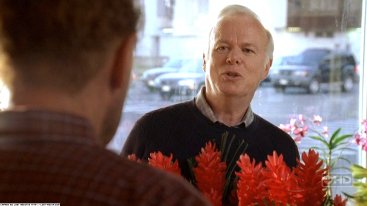 Themis is an ancient Greek Titan. She is described as “of good counsel”, and is the embodiment of divine order, law, and custom. Themis means “divine law” rather than human ordinance, literally “that which is put in place”, from the verb τίθημι, títhēmi, “to put”. To the ancient Greeks she was originally the organizer of the “communal affairs of humans, particularly assemblies”. Moses Finley remarked of themis, as the word was used by Homer in the 8th century, to evoke the social order of the 10th- and 9th-century Greek Dark Ages:

Themis is untranslatable. A gift of the gods and a mark of civilized existence, sometimes it means right custom, proper procedure, social order, and sometimes merely the will of the gods (as revealed by an omen, for example) with little of the idea of right.

Finley adds, “There was themis—custom, tradition, folk-ways, mores, whatever we may call it, the enormous power of ‘it is (or is not) done’. The world of Odysseus had a highly developed sense of what was fitting and proper.” 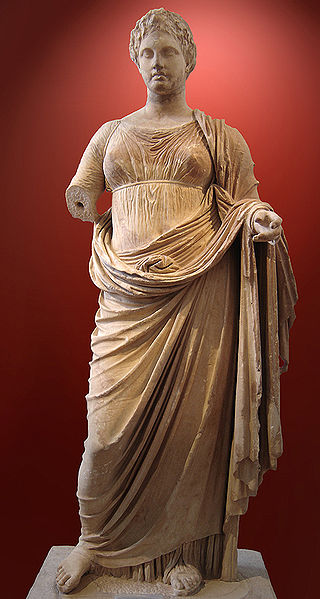 The personification of abstract concepts is characteristic of the Hellenes. The ability of the goddess Themis to foresee the future enabled her to become one of the Oracles of Delphi, which in turn led to her establishment as the goddess of divine justice.

Some classical representations of Themis did not show her blindfolded (because of her talent for prophecy, she had no need to be blinded) nor was she holding a sword (because she represented common consent, not coercion). The sword is also believed to represent the ability Themis had from cutting fact from fiction, to her there was no middle ground. Themis built the Oracle at Delphi and was herself oracular. According to another legend, Themis received the Oracle at Delphi from Gaia and later gave it to Phoebe.

When Themis is disregarded, Nemesis brings just and wrathful retribution, thus Themis shared the Nemesion temple at Rhamnous. Themis is not wrathful: she, “of the lovely cheeks”, was the first to offer Hera a cup when she returned to Olympus distraught over threats from Zeus (Iliad xv. 88).

Themis presided over the proper relation between man and woman, the basis of the rightly ordered family (the family was seen as the pillar of the deme), and judges were often referred to as “themistopóloi” (the servants of Themis). Such was the basis for order upon Olympus too. Even Hera addressed her as “Lady Themis.” The name of Themis might be substituted for Adrasteia in telling of the birth of Zeus on Crete.

Themis was present at Delos to witness the birth of Apollo. According to Ovid, it was Themis rather than Zeus who told Deucalion to throw the bones of “his Mother” over his shoulder to create a new race of humankind after the Deluge.

Hesiod’s description and contrast to Dike

In Greek mythology, Hesiod mentions Themis among the six sons and six daughters of Gaia and Uranus (Earth and Sky). Among these Titans of primordial myth, few were venerated at specific sanctuaries in classical times.

Themis occurred in Hesiod’s Theogony as the first recorded appearance of Justice as a divine personage. Drawing not only on the socio-religious consciousness of his time but also on many of the earlier cult-religions, Hesiod described the forces of the universe as cosmic divinities. Hesiod portrayed temporal justice, Dike, as the daughter of Zeus and Themis (daughter of Uranus and Gaia).

Dike executed the law of judgments and sentencing and, together with her mother Themis, carried out the final decisions of Moira. For Hesiod, Justice is at the center of religious and moral life, who, independently of Zeus, is the embodiment of divine will. This personification of Dike will stand in contrast to justice viewed as custom or law, and as retribution or sentence.